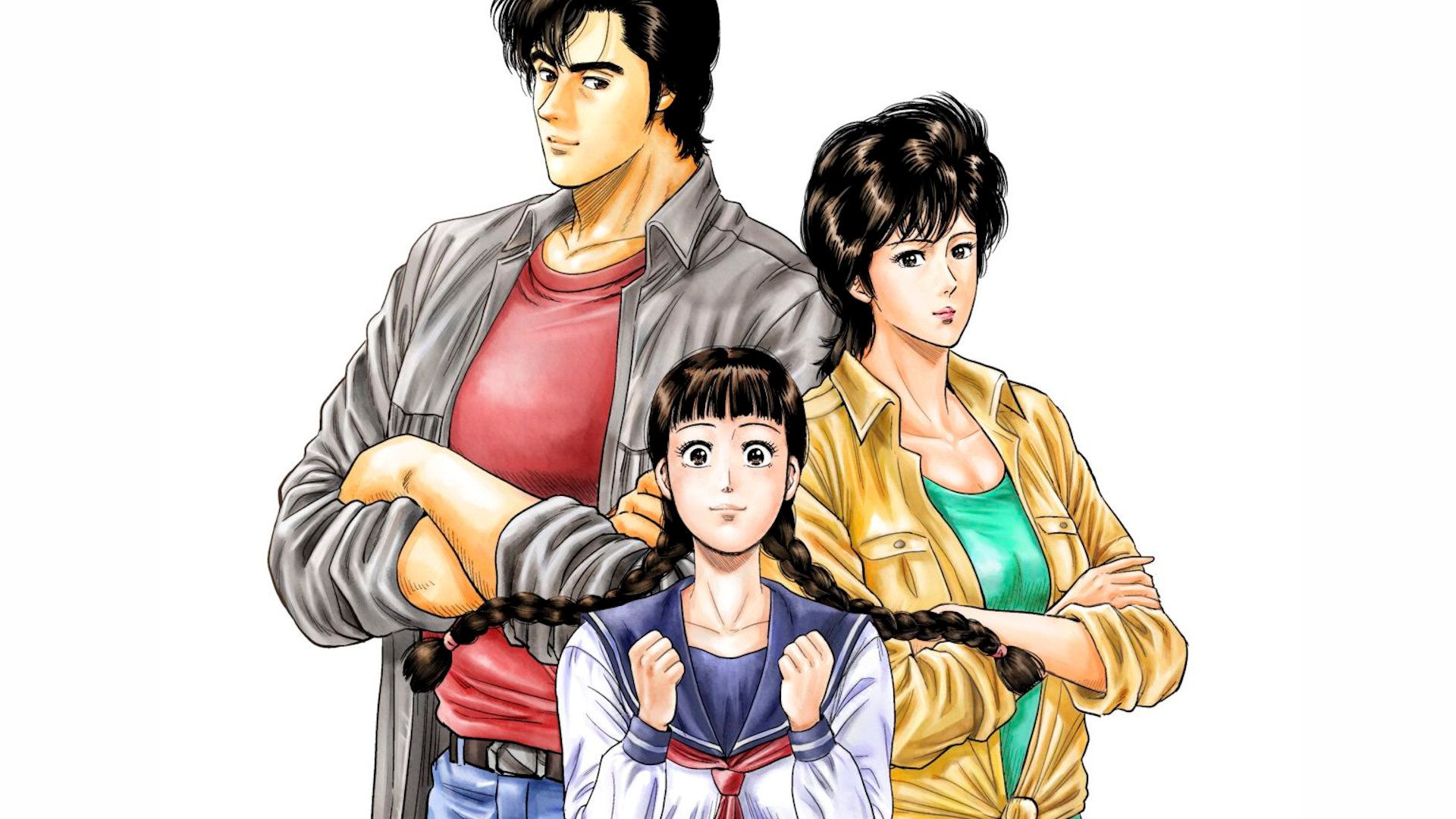 City Hunter Hindi Subbed Download/Watch for Free Hindi Sub by DvTeam High Speed Download Server No Pop Up Ads and So Many Anime in Hindi Available Explore it.

City Hunter (Japanese: シティーハンター, Hepburn: Shitī Hantā) is a Japanese manga series written and illustrated by Tsukasa Hojo. It was serialized in Weekly Shōnen Jump from 1985 to 1991 and collected into 35 tankōbon volumes by its publisher Shueisha. The manga was adapted into an anime television series by Sunrise Studios in 1987. The anime series was popular in numerous Asian and European countries.

The series follows the exploits of Ryo Saeba, a “sweeper” who is always found chasing beautiful girls and a private detective who works to rid Tokyo of crime, along with his associate or partner, Hideyuki Makimura. Their “City Hunter” business is an underground jack-of-all-trades operation, contacted by writing the letters “XYZ” on a blackboard at Shinjuku Station.

One day, Hideyuki is murdered, and Ryo must take care of Hideyuki’s sister, Kaori, a tomboy who becomes his new partner in the process. However, Kaori is very susceptible and jealous, often hitting Ryo with a giant hammer when he does something perverted. The story also follows the behind-the-scenes romance between Ryo and Kaori and the way they cooperate throughout each mission.