Maid Sama! is a Japanese manga series by Hiro Fujiwara. It was serialized from 2005 to 2013 in Hakusensha’s monthly shōjo magazine LaLa, and collected in 18 published volumes under the company’s Hana to Yume Comics imprint. A 26-episode anime adaptation produced by J.C.Staff aired between April and September 2010.

Being the first female student council president isn’t easy, especially when your school just transitioned from an all boys high school to a co-ed one. Aptly nicknamed “Demon President” by the boys for her strict disciplinary style, Misaki Ayuzawa is not afraid to use her mastery of Aikido techniques to cast judgment onto the hordes of misbehaving boys and defend the girls at Seika High School.

Yet even the perfect Ayuzawa has an embarrassing secret—she works part-time as a maid at a maid café to help her struggling family pay the bills. She has managed to keep her job hidden from her fellow students and maintained her flawless image as a stellar student until one day, Takumi Usui, the most popular boy in school, walks into the maid café. He could destroy her reputation with her secret… or he could twist the student council president around his little finger and use her secret as an opportunity to get closer to her. 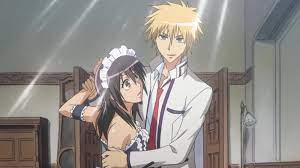 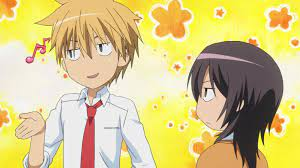 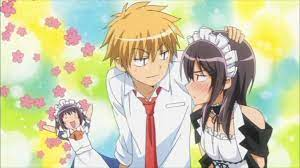