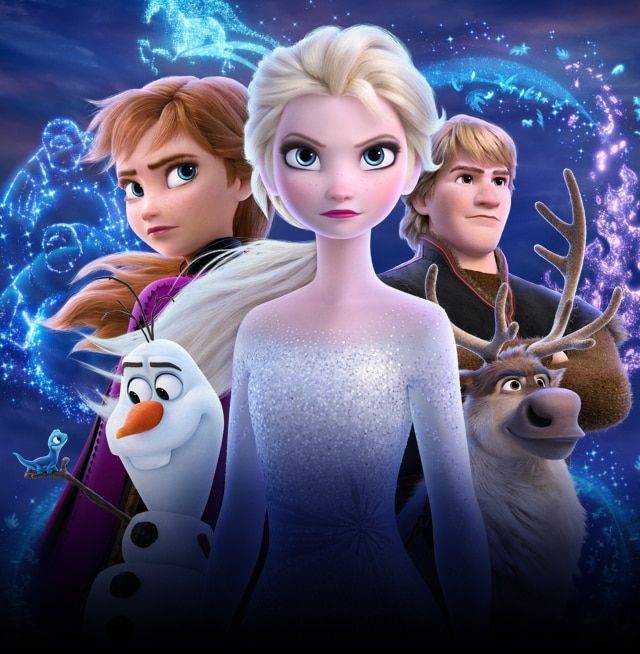 Frozen II is a 2019 American computer-animated musical fantasy film produced by Walt Disney Animation Studios and distributed by Walt Disney Studios Motion Pictures. The 58th animated film produced by the studio, it is the sequel to the 2013 film Frozen. Directed by Chris Buck and Jennifer Lee from a screenplay by Lee, produced by Peter Del Vecho, and executive-produced by Byron Howard, the film stars Kristen Bell, Idina Menzel, Josh Gad, and Jonathan Groff.

Set three years after the events of the first film, the story follows Elsa, Anna, Kristoff, Olaf, and Sven, who embark on a journey beyond their kingdom of Arendelle in order to discover the origin of Elsa’s magical powers and save their kingdom after a mysterious voice calls out to Elsa. Frozen II premiered in Los Angeles on November 7, 2019, and was released in the United States on November 22. The film received generally positive reviews from critics with praise for its animation, soundtrack, score, and voice acting.

Anna, Elsa, Kristoff, Olaf and Sven leave Arendelle to travel to an ancient, autumn-bound forest of an enchanted land. They set out to find the origin of Elsa’s powers in order to save their kingdom.