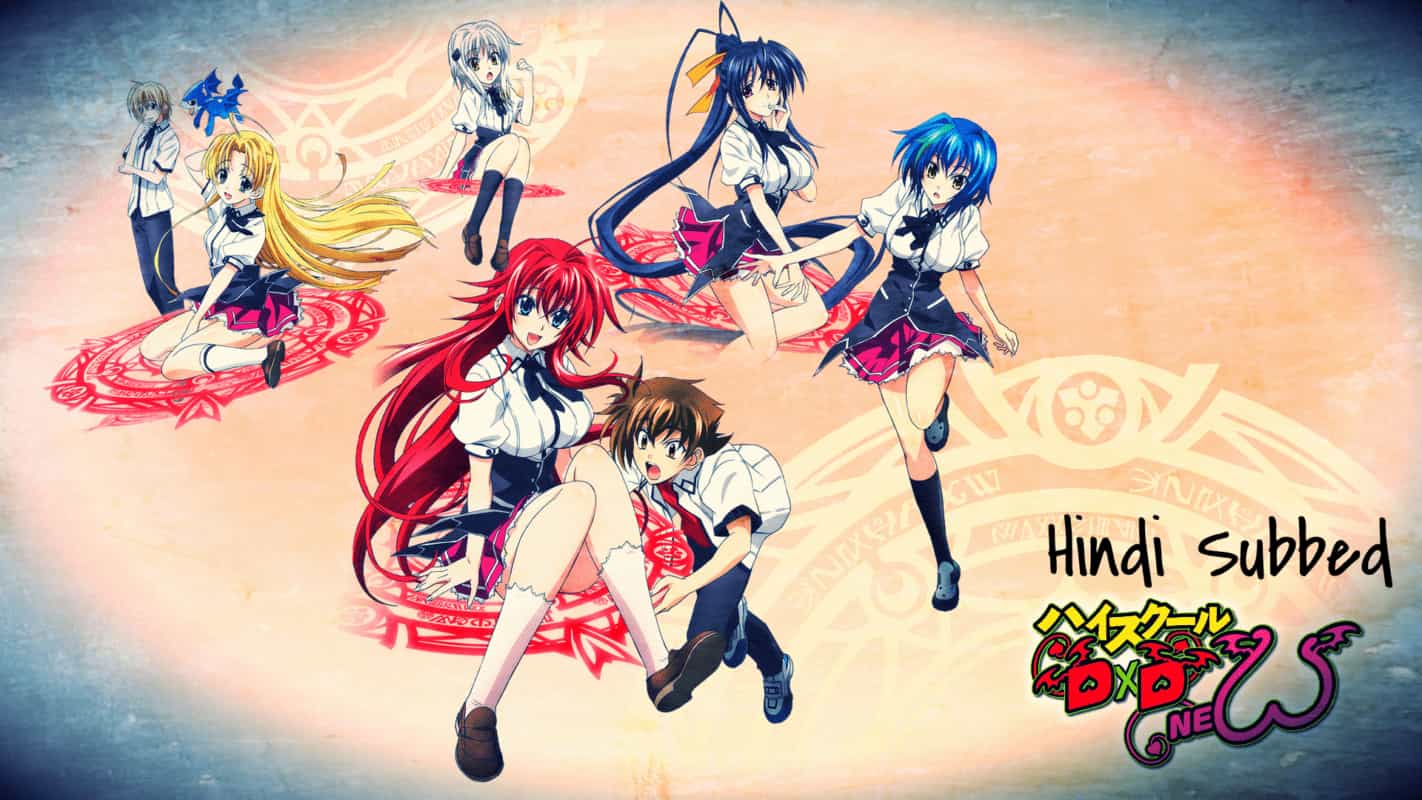 High School DxD (Japanese: ハイスクールD×D Hepburn: Haisukūru Dī Dī, alternatively written as Highschool DxD) is a Japanese light novel series written by Ichiei Ishibumi and illustrated by Miyama-Zero. The story centers on Issei Hyodo, a perverted high school student from Kuoh Academy who is killed by his first date, revealed to be a fallen angel, but is later revived as a devil by Rias Gremory to serve her and her devil family. Issei’s deepening relationship with Rias proves dangerous to the angels, the fallen angels, and the devils.

Kuoh Academy (駒王学園 Kuō Gakuen, alt. Kuou Academy) is a former all-girls school that has recently turned co-ed, but it has a secret. Unknown to normal humans, angels (天使 Tenshi), fallen angels (堕天使 Datenshi) and devils (悪魔 Akuma) comprise part of the student population. One of these students, Issei Hyodo, is a lecherous second-year human student who lives a peaceful life. After an ordinary school day, Issei is suddenly asked out on a date by a girl named Yuma Amano. After their date,

Yuma brings Issei to a local park and makes a startling request. She reveals herself as Raynare, a fallen angel, and she tries to kill him. Using his summoning card, Rias Gremory, a buxom third-year student at Kuoh Academy, revives him. Issei wakes up the next morning, thinking that the events that occurred were all just a dream. Immediately after being attacked by another fallen angel and waking up, he notices Rias naked in his room. Rias reveals to Issei her true identity as a devil and says that as a result of his death at the hands of Yuma, she has reincarnated him as a devil, becoming his new master in the process.

follows volumes fourteen through twenty-one. [LN 14 afterword] The fifth arc, Red Dragon Emperor of the Blazing Truth × White Dragon Emperor of the Morning Star: The True Dragon(s) of the Kuoh Academy (燚誠の赤龍帝×明星の白龍皇 -駒王学園の真なる龍（ハイスクールD×D）), starts at volume twenty-two and is the final arc of the series; ending at volume twenty -five. The author has announced a sequel to the series is to be released on July 20 2018. High School DxD Hindi Subbed

The light novels also feature a series of side stories set in between the main storyline and are often compiled into volumes. So far, three short story collections (Volume 8, Volume 13 and Volume 15) have been published.

High School DxD began serialization in Fujimi Shobo‘s Dragon Magazine in its September 2008 issue. The first volume was released on September 20, 2008. A total of twenty two volumes is available in Japan as of September 2016 under their Fujimi Fantasia Bunko imprint. A manga adaptation by Hiroji Mishima began serialization in the July 2010 issue of Dragon Magazine and later in the March 2011 issue of Monthly Dragon Age with twenty-two volumes currently available as of September 2016. High School DxD Hindi Subbed