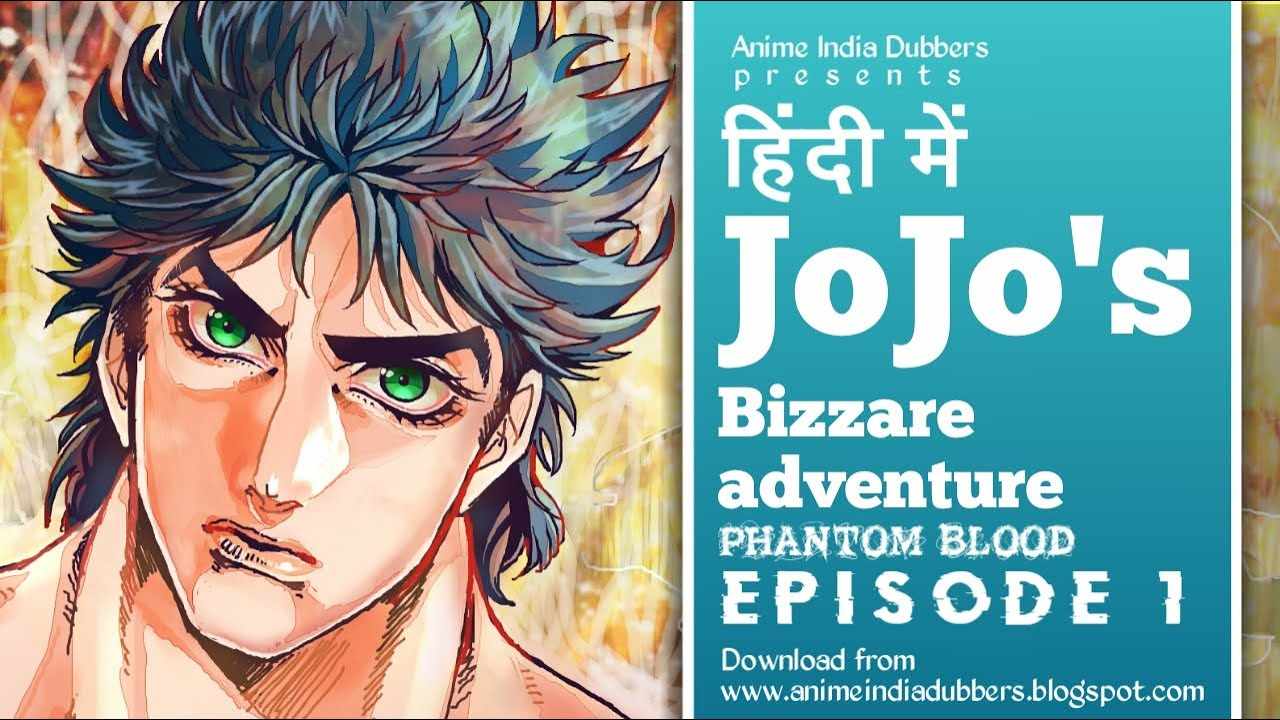 Phantom Blood (Japanese: ファントムブラッド, Hepburn: Fantomu Buraddo) is a 1987 manga series created by Hirohiko Araki, and the first part of the larger JoJo’s Bizarre Adventure series. The manga was originally serialized by Shueisha in Weekly Shōnen Jump under the title JoJo’s Bizarre Adventure Part 1 Jonathan Joestar: His Youth[a] and was collected in five volumes; a three-volume collection was released by Shueisha in Japan in 2002, and by Viz Media in North America in 2014. It was followed by Battle Tendency.

The story is set in England in the early-to-late 1880s,[b][c] and follows Jonathan Joestar, the heir of the wealthy Joestar family, and his adoptive brother Dio Brando, who wishes to take the Joestar fortune for himself. Using an ancient stone mask, Dio transforms himself into a vampire, and Jonathan learns the sunlight-based martial arts technique of Hamon[d] to fight him. Araki described the themes of the story as “being alive” and “an affirmation that humanity is wonderful”, with characters growing and overcoming problems through their own actions.

The series received reviews ranging from mixed to positive, with critics frequently criticizing the anatomy and character posing in Araki’s artwork, and Araki was often told during the serialization that Phantom Blood was the one series that did not fit in with the “best of the best” that were published at the same time, like Dragon Ball and Fist of the North Star. The series has seen two anime adaptations, in the form of a 2007 film by A.P.P.P., and as part of the first season of David Production’s 2012 JoJo’s Bizarre Adventure TV series. It was also adapted into a 2006 video game by Bandai.

In 19th-century England, a youth born into poverty named Dio Brando is adopted by the wealthy George Joestar to repay a family debt to Dio’s father Dario, who died in 1880. Jonathan Joestar, who aspires to become a gentleman, is shunned by his family and friends, whom Dio manipulates as part of his plot to take the Joestar fortune for himself.

After Jonathan overpowers Dio in a battle, Dio gets revenge by murdering Jonathan’s pet dog Danny, before biding his time. Jonathan and Dio develop an interest in a mysterious stone mask that reacted to Dio’s blood being spilt in the battle, which was used by the Aztecs to bring the wearer immortality.

In 1888, after becoming old enough to inherit the Joestar fortune, Dio deliberately poisons George. Jonathan’s search for an antidote takes him to Ogre Street, a dangerous street in London, where he befriends a thug named Robert E. O. Speedwagon. At the same time, Dio intends to arrange a freak accident to kill Jonathan with the stone mask and tests the mask on a drunkard.

The mask instead turns the drunkard into a powerful vampire who nearly kills Dio before being destroyed by sunlight. Jonathan and Speedwagon return to the mansion with an antidote and expose Dio’s scheme. Dio attempts to kill Jonathan with a knife but George sacrifices his life to save Jonathan. Dio uses the blood spilt by George and the mask to become a vampire. Jonathan sets the Joestar family’s mansion on fire and impales Dio on a statue in the burning mansion, but Dio survives.