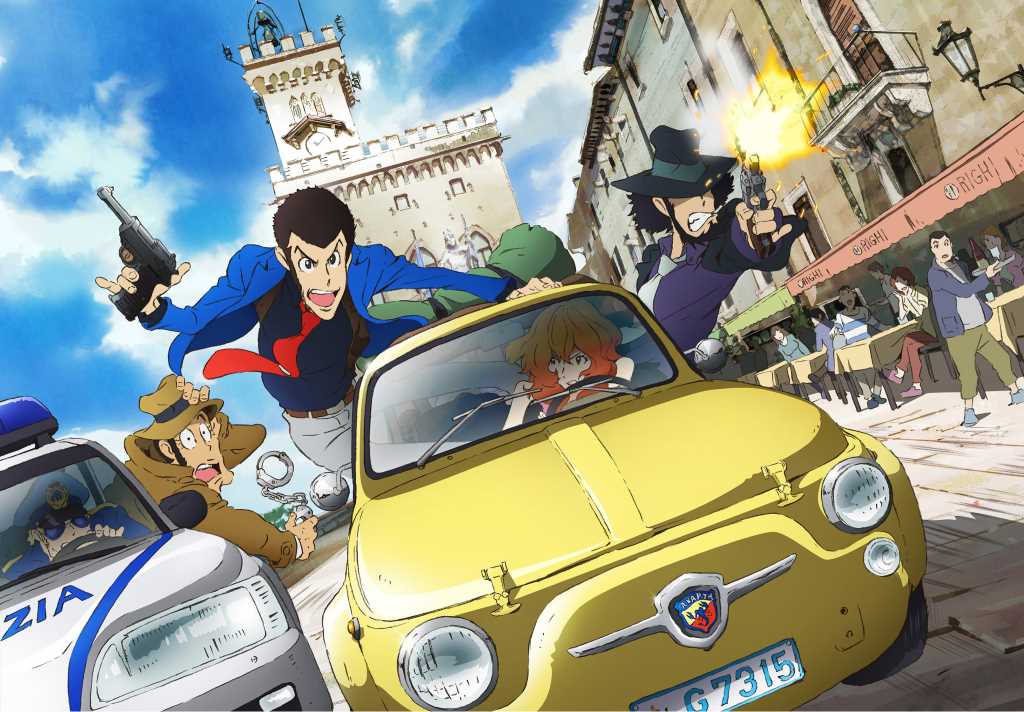 Lupin III (Japanese: ルパン三世 Hepburn: Rupan Sansei), also written as Lupin the Third, Lupin the 3rd or Lupin the IIIrd, is a Japanese manga series written and illustrated by Monkey Punch. It follows the escapades of master thief Arsène Lupin III, the grandson of Arsène Lupin, the gentleman thief of Maurice Leblanc‘s series of novels.

Many different companies have owned the English-language distribution rights to various Lupin III properties at various times, with just the first two animated films having been released by over 10 companies alone. Tokyopop acquired the license to the original manga in 2002, and later the second series in 2004. Funimation Entertainmentpurchased the rights to several of the television specials and films in 2002,

and the fourth television series in 2012. Geneon licensed and dubbed 79 episodes of the second television series, 26 of which were broadcast on Cartoon Network‘s Adult Swimduring 2003. Discotek Media licensed the entire first, second and fifth television series and the first live-action film; they also own the rights to several other Lupin titles, including some previously released by other companies.

Over fifty years after its creation, Lupin III remains popular, with a sixth anime series airing in 2018. Critical reception of the franchise has been largely positive across its various incarnations, with the appeal of the lead characters being noted as the primary factor of the series’ success. The voice acting (in both Japanese and English versions) and soundtracks (especially those composed by Yuji Ohno) of the anime adaptations have also received similar compliments;

however, several of the franchise’s installments, most specifically the television specials, have been criticized for being formulaic. The manga has also been noted by fans and critics for its darker tone compared to the anime, with its explicit depictions of sex and violence, as well as its black, fourth wall-breaking sense of humor, contrasting with the mostly family-friendlyanimated versions. For several years,

issues relating to the copyright of Maurice Leblanc’s intellectual property meant that the Lupin name was removed from its releases outside Japan, usually changed to “Rupan” or “Wolf”. However, the copyright has since expired, allowing foreign releases to use the Lupin name.

Arsène Lupin III, the grandson of the fictional gentleman thief, Arsène Lupin, is considered the world’s greatest thief, known for announcing his intentions to steal valuable objects by sending a calling card to the owners of his desired items.

His right-hand man and closest ally is Daisuke Jigen, an expert marksman who can accurately shoot a target in 0.3 seconds. Although Lupin and Jigen frequently work as a two-man team, they are often joined by Goemon Ishikawa XIII, a master swordsman whose sword can cut anything, or Fujiko Mine, a femme fatale and Lupin’s love interest. Although Fujiko usually works together with the others,

she occasionally exploits Lupin’s interest in her to steal the treasure for herself. Lupin and his gang are constantly chased by Inspector Koichi Zenigata of Interpol, who has made it his life’s work to arrest them, pursuing Lupin across the globe.