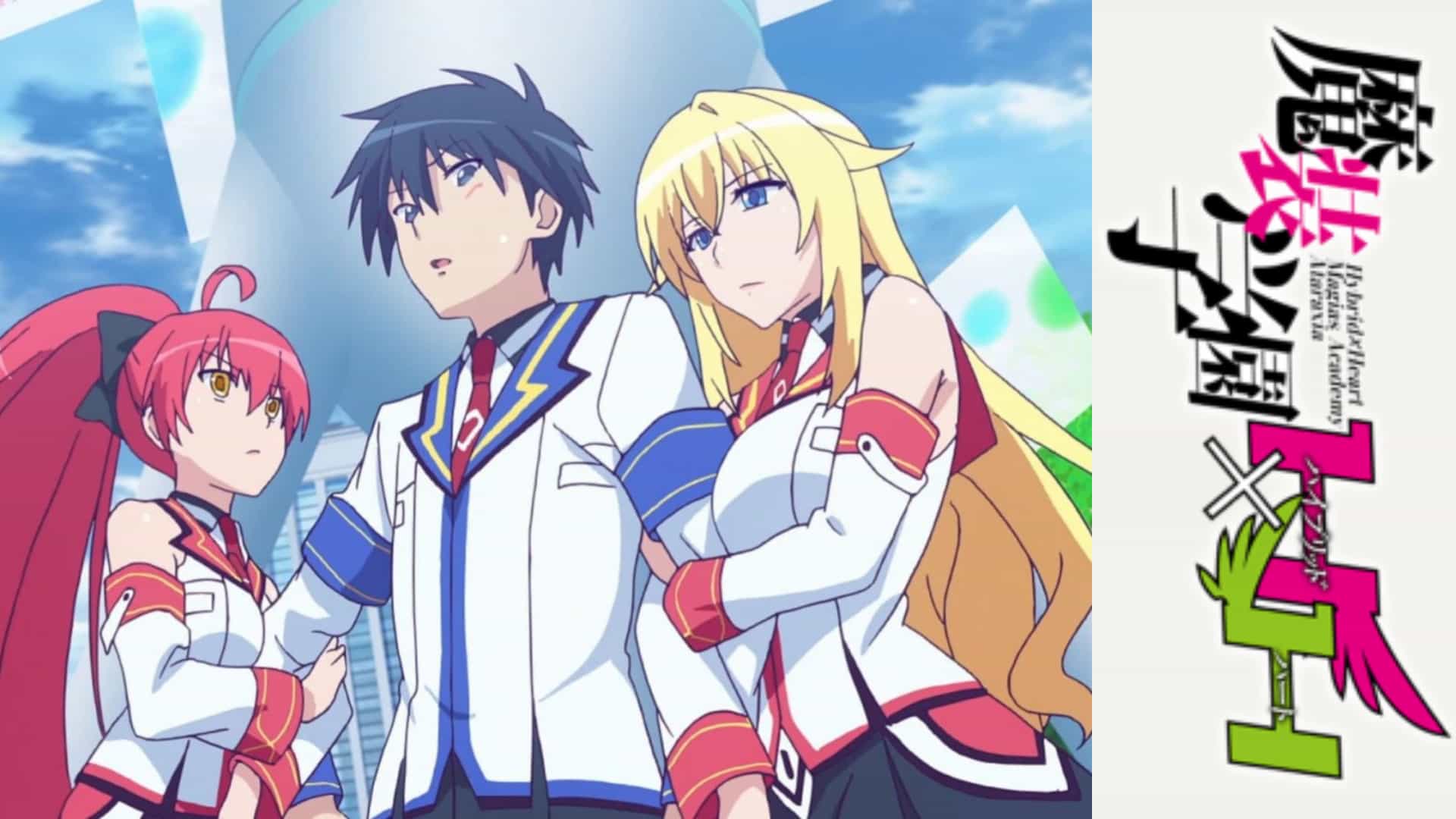 The plot of the story occurs in the future when Earth is attacked by invaders from another universe through portals, and using weaponry that combines magic and science. Mankind’s weapons are practically useless against the invaders. Mankind is forced to retreat from land and develops giant floating structures referred to as Mega Floats. A weapon referred to as Heart Hybrid Gear or HHG is developed, which is the only effective weapon against the invaders. A core is implanted within a person and by calling out the HHG’s name,

one can summon an armor around them which can effectively combat the Alternate Universe (AU) forces. Hida Kizuna possesses a HHG, but it is not strong enough to make him particularly important. His older sister calls him to transfer to a strategic defense school, where many of the students use their HHG abilities to fight invaders from another world while wearing extremely skimpy pilot outfits.