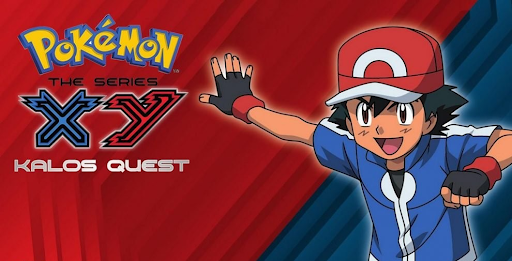 “Indigo League” is where it all began as the first season of the long-running “Pokémon” animated series. Young Ash Ketchum is just beginning his Pokémon training as he reaches his 10th birthday. Things don’t go as expected for the youngster, who gets a Pikachu instead of a standard first Pokémon. Winning gym badges is also tougher than Ash thought it would be. He’s not alone in his quest for the badges, though, as former gym leaders Brock and Misty are by his side, along with some new friends.

Ash and Pikachu continue their epic journey in the next exciting season of Pokémon the Series: XY Kalos Quest! While Ash continues his quest to win eight Gym badges so he can enter the Kalos League, he and his traveling companions will make new friends, forge new rivalries, and, of course, meet some brand-new Pokémon! Serena, with her partner Fennekin and new friend Pancham, will take on the Pokémon Showcase world; Clemont will continue to create inventions and hope some of them are a hit; and Bonnie, as ever, will try to find someone to take care of her big brother!