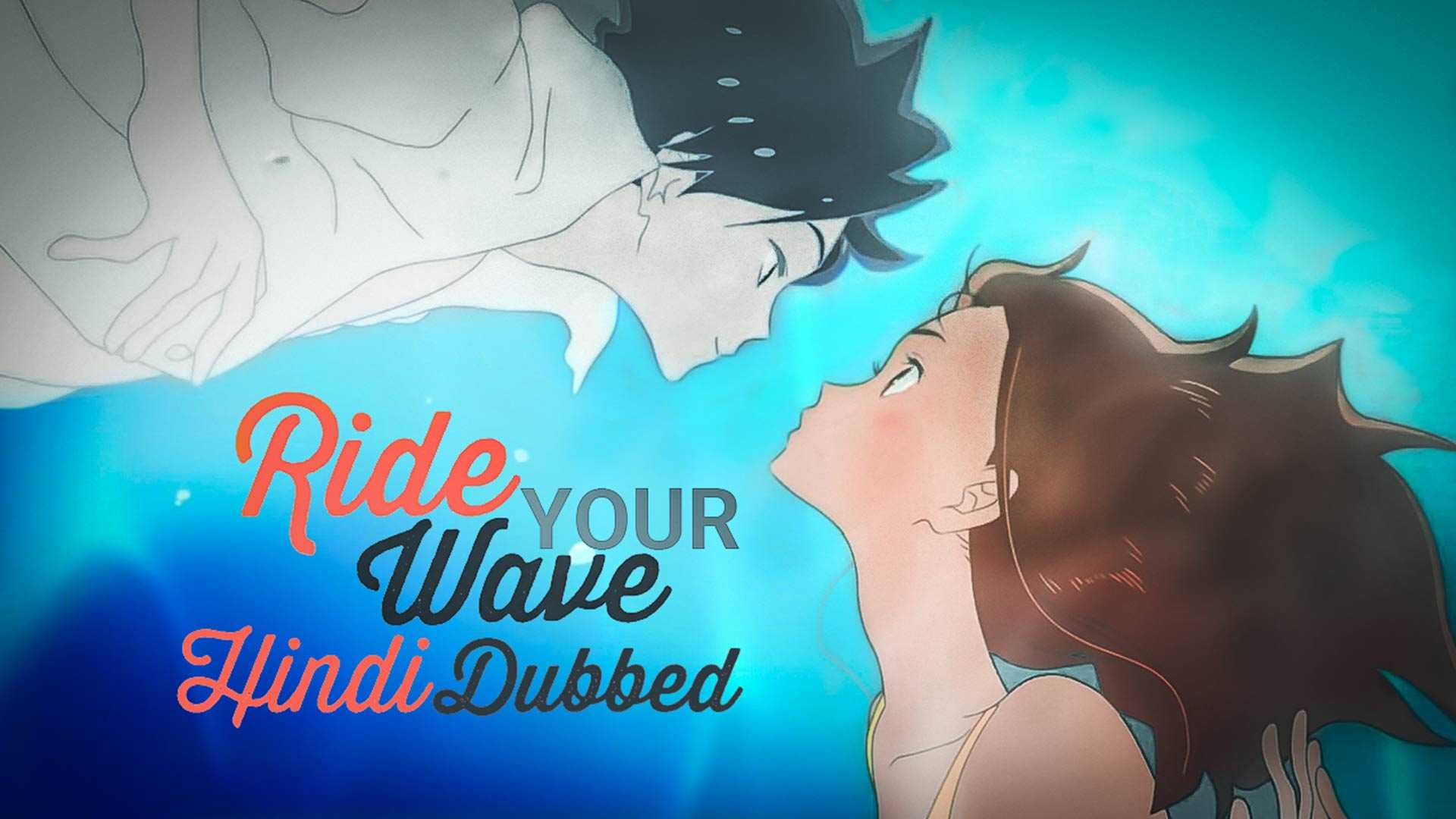 Ride Your Wave (Japanese: きみと、波にのれたら, Hepburn: Kimi to, Nami ni Noretara) is a 2019 Japanese animated film produced by Science Saru and directed by Masaaki Yuasa. The film premiered at the Annecy International Animated Film Festival on June 10, 2019 and was released in Japan on June 21, 2019.

19-year-old Hinako Mukaimizu moves to an oceanside town to attend college and indulge in her hobby, surfing, without much thought to her future. When her new apartment catches on fire from fireworks, she is rescued by Minato Hinageshi, a 21-year-old firefighter with a strong sense of justice. Hinako is drawn to his capable personality, and they bond when he begins learning how to surf. As the two spend time together, they fall in love. However, after Hinako tells Minato that waves are the best to surf in during the winter storm, he goes surfing during the storm and drowns while rescuing a jetskiier.

Hinako is distraught by his death and moves to an apartment away from the beach. One day, she finds out that he appears in water whenever she sings “Brand New Story”, a song the two of them often sang together. While the others are unable to see him, Hinako and Minato spend time with each other again, even in public. However, Minato is reminded of his own mortality after realizing he cannot physically touch Hinako and when his co-worker, Wasabi, confesses to her. He tells Hinako that she must learn to move on with her life, but Hinako refuses to accept this. However, she realizes she is too reliant on him after she stops him from ascending to heaven.

When Hinako goes to pay her respects at Minato’s house, his sister Yōko tells her what inspired Minato to become a hardworking firefighter. Hinako discovers she was the person who saved Minato from drowning when they were younger, and when she unlocks his phone, she reads his drafted text message telling her to “ride her own wave.” She enrolls in a lifeguard training course, hoping to eventually stop being dependent on Minato. Meanwhile, Yōko confesses to Wasabi and reminds him that he had inspired her to return to school when she was bullied.

At her part-time job, Yōko overhears the same group that set off the previous fireworks planning to do so at an abandoned building housing a large Christmas tree. Hinako accompanies her as they tail the group to collect evidence. The fireworks cause building and tree to catch on fire, and Hinako and an injured Yōko are stuck at the top. Hinako calls upon Minato, who sends a wave of water up the building, extinguishing the fire. Hinako puts Yōko on a backboard and rides it like a surfboard down the wave. After exchanging final farewells with Yōko, Wasabi and Hinako, Minato’s spirit ascends to heaven.

The next Christmas, Hinako, Yōko and Wasabi, the latter two now dating, visit the Chiba Port Tower to celebrate Hinako receiving her lifeguard certification. Hinako sings to a fountain, but Minato does not appear; however, the tower reads a message he had written for her the previous year. Afterwards, Hinako resumes her lifeguard duties and confidently rides the waves at the beach again.