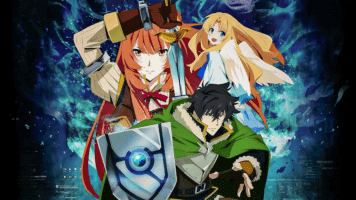 Rising of the Shield Hero Hindi Subbed Download/Watch for Free Hindi Sub by DvTeam in Hindi Watch it for Free Its Fan Subbed in Hindi There is Also Anime in Hindi Dub Available Check it Out.

The Rising of the Shield Hero (盾の勇者の成り上がりTate no Yūsha no Nariagari) is a Japanese light novelseries written by Aneko Yusagi. Originally published as a web novel, the series has since been published by Media Factory with an expanded story-line featuring illustrations by Seira Minami. As of December 25, 2018, twenty volumes have been published.

The novel series was adapted into a manga series by Aiya Kyū and published by Media Factory, with twelve volumes released as of December 21, 2018. Both the novel and manga series were licensed by One Peace Books and were published in North American starting in September 2015. An anime television series adaptation produced by Kinema Citrus premiered on January 9, 2019. The anime series is licensed in North America under Crunchyroll–Funimation partnership.[1][2]

Rising of the Shield Hero Plot

Iwatani Naofumi was summoned into a parallel world along with 3 other people to become the world’s Heroes. Each of the heroes were respectively equipped with their own legendary equipment when summoned. Naofumi happened to receive the Legendary Shield, the sole defensive equipment, while the others received weapons capable of attacking. Due to Naofumi’s lack of charisma and experience, he ended up with only a single teammate, a beautiful woman, while others had several. Unfortunately, on his second day Naofumi was betrayed, falsely accused of rape, and robbed by the said teammate.

Shunned by everyone from king to peasants, Naofumi’s thoughts were filled with nothing but vengeance and hatred. Thus, his destiny in a parallel world begins. He tries to level up, despite his weak attack skills. He meets Berocas, a slave trader, Berocas shows him a little girl named Raphtalia and he decides to buy her.