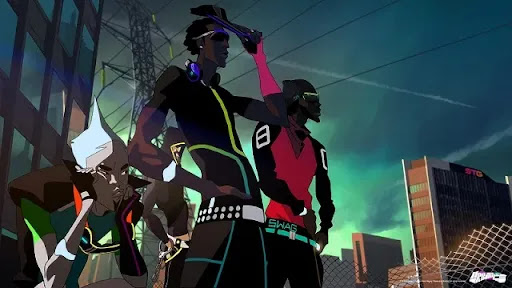 Urbance is a French-Canadian anime project-series created and written by Joel Dos Reis Viegas. On September 22, 2014, the project started off as a Kickstarter campaign targeted to a 16+ audience. On November 6, 2014, the project was successfully funded.[1]The first episode premiered in The Pit on the official site on September 24, 2015 and was only available for backers.[2] It was officially released to the public on March 2, 2016.[3]

The series follows Kenzell and Lesya, two characters apart of a lost generation of frustrated gangs in a dystopian future. In a community where sex is prohibited because of a deadly genetical virus, the community is split into two opposing sides of women and men. However, Kenzell’s and Lesya’s relationship spark a revolution, allowing authorities to become involved.

Thanks for Visiting Here Check Out More Hindi Dub and Sub by DvTeam.