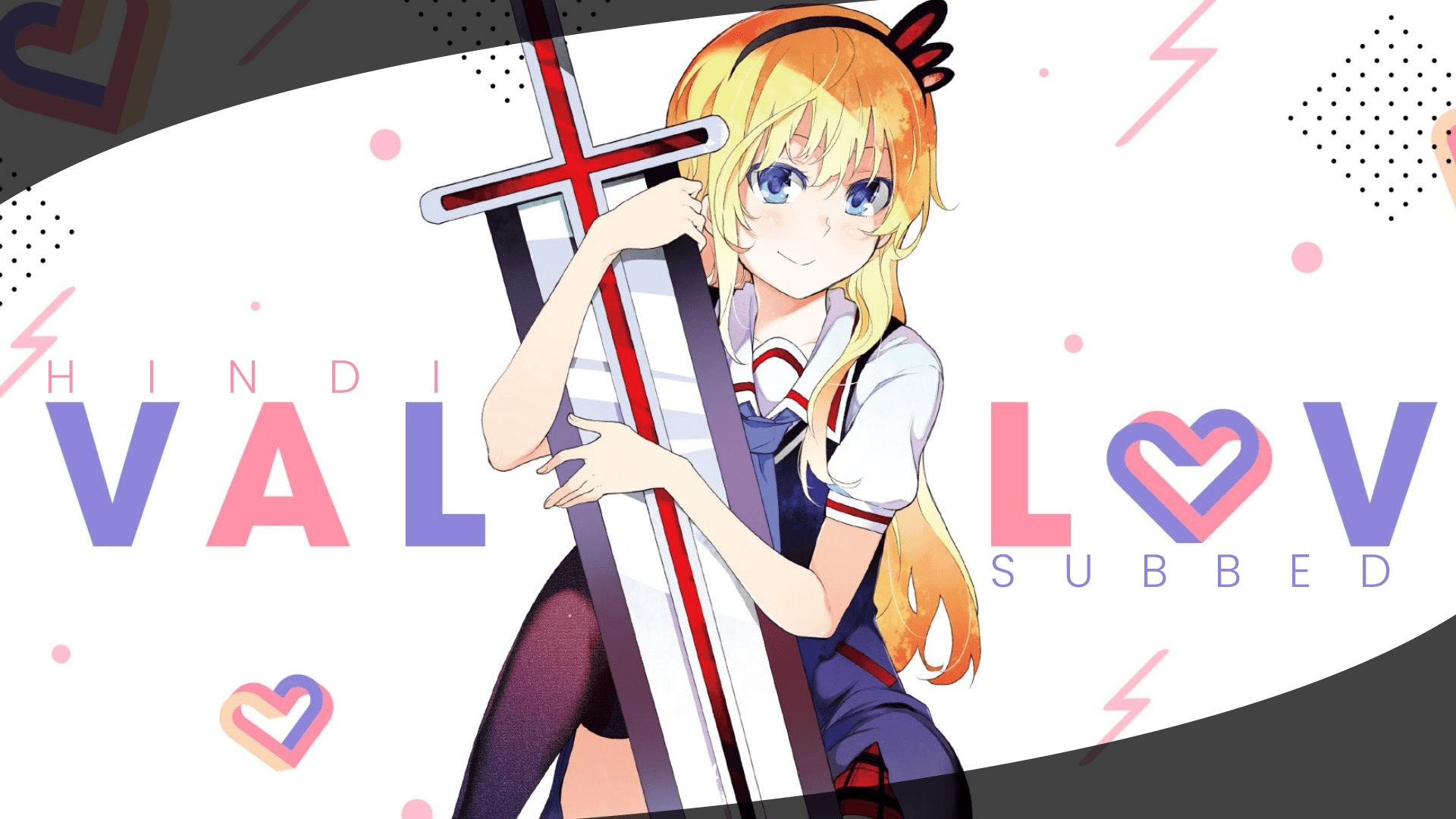 Val × Love (, Varu Ravu, “War × Love”) is a Japanese manga series by Ryousuke Asakura. It has been serialized in Square Enix‘s shōnen manga magazine Monthly Shōnen Gangan since December 2015. It has been collected in nine tankōbon volumes. The manga is licensed in North America by Yen Press. An anime television series adaptation by Hoods Entertainment aired from October 5 to December 21, 2019.

Ever since he was a child, Takuma Akutsu had a scary face. He was shunned by his classmates and only attracted bad attention, such as the likes of gangsters and thugs. As a result, he developed social anxiety, unable to properly converse with people. This fact and his scary face only proceeded to exacerbate his bad reputation and he was known as a demon. One day, Takuma saves Natsuki and receives a revelation from Odin, the lord of Asgard, that the world will end soon and that it is on Takuma’s shoulders to save the world. To help him with his mission, Odin sends his nine daughters, the nine Valkyries, down to Midgard/Earth. Odin then gives him his mission: he is to prove that love will save the world as it is said that the source of a maiden’s strength is love.